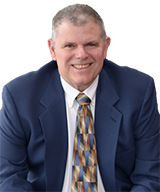 Jack is a proud father and grandfather who was educated at Ben Davis HS and IUPUI.   A US Coast Guard Veteran, Jack began his Real Estate Career after retiring from Eli Lilly & Company.  Jack has been a State Champion AAU basketball coach, a baskeball official, and an award-winning bartender.

As a member of the Central Indiana Real Estate Investors Association, Jack is the Manager of American Heartland Enterprises LLC and Ol Jack Buys Houses LLC.

Jack’s a native Hoosier whose grandfather, Arthur, was a Master Indiana Stone Cutter.  He is a fan of classic film and world history and attends Chapel Rock Christian Church.  His hobbies include golf,  fishing, and skiing. Jack is a hardcore fan for the Colts, Pacers, St. Louis Cardinals and IU Football.

What's Your Home Worth?